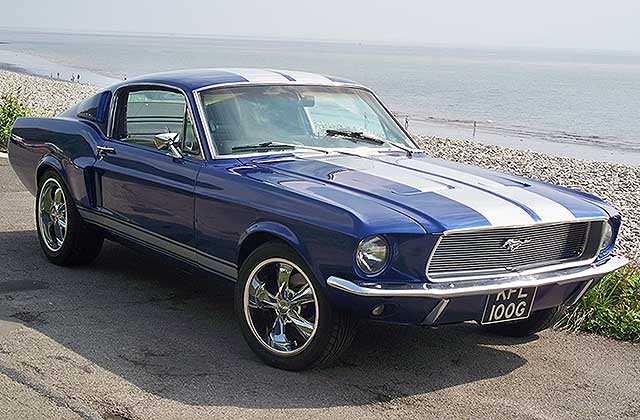 This car is based in Cardiff

The Ford Motor Company is the world’s fifth-largest automaker based on worldwide vehicle sales. Based in Dearborn, Michigan, a suburb of Detroit, the automaker was founded by Henry Ford, on June 16, 1903.

Ford went onto produce its first Mustang in 1964 and our Mustang was actually built in the Detroit base and originally started life late in 1967 on an American army base but was not used on public roads until 1969 hence the 1969 registration. She has a 4.7lt V8 289 engine but has been upgraded with performance heads resulting in approximately 300bhp. The wheels known as Nitrous Legend by Foose, a well-known automotive designer, were the 1st set of this particular design imported to the UK in 2009.